All Collections
Wingman FAQs
How to customize deal warnings

How to customize deal warnings

So you can rapidly identify deals that need attention!

Written by Kesava Mandiga
Updated over a week ago

With warnings in Deal Central, Wingman automatically highlights at-risk deals based on your sales cycle. You can customize these warnings to rapidly identify deals that need attention. 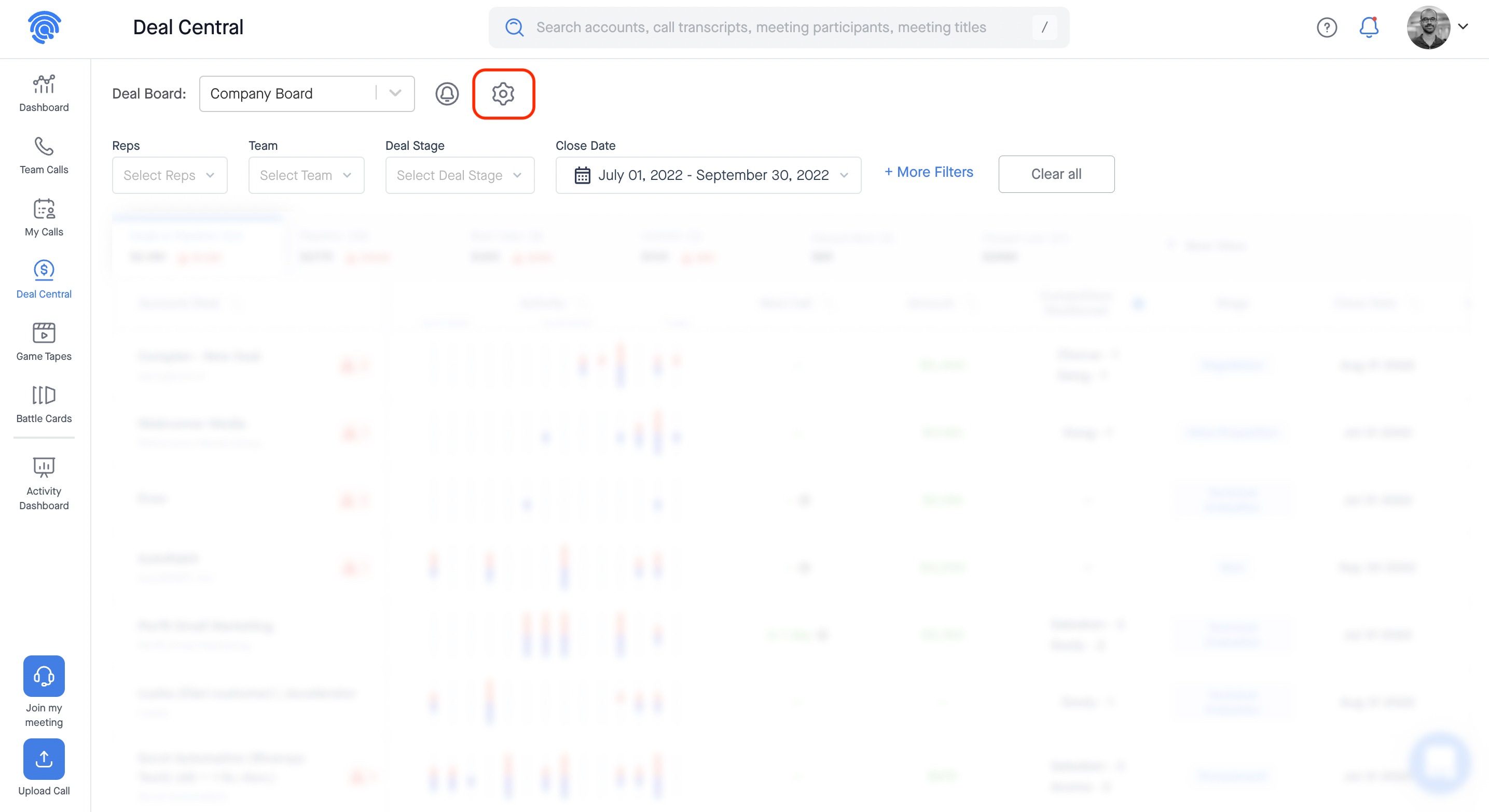 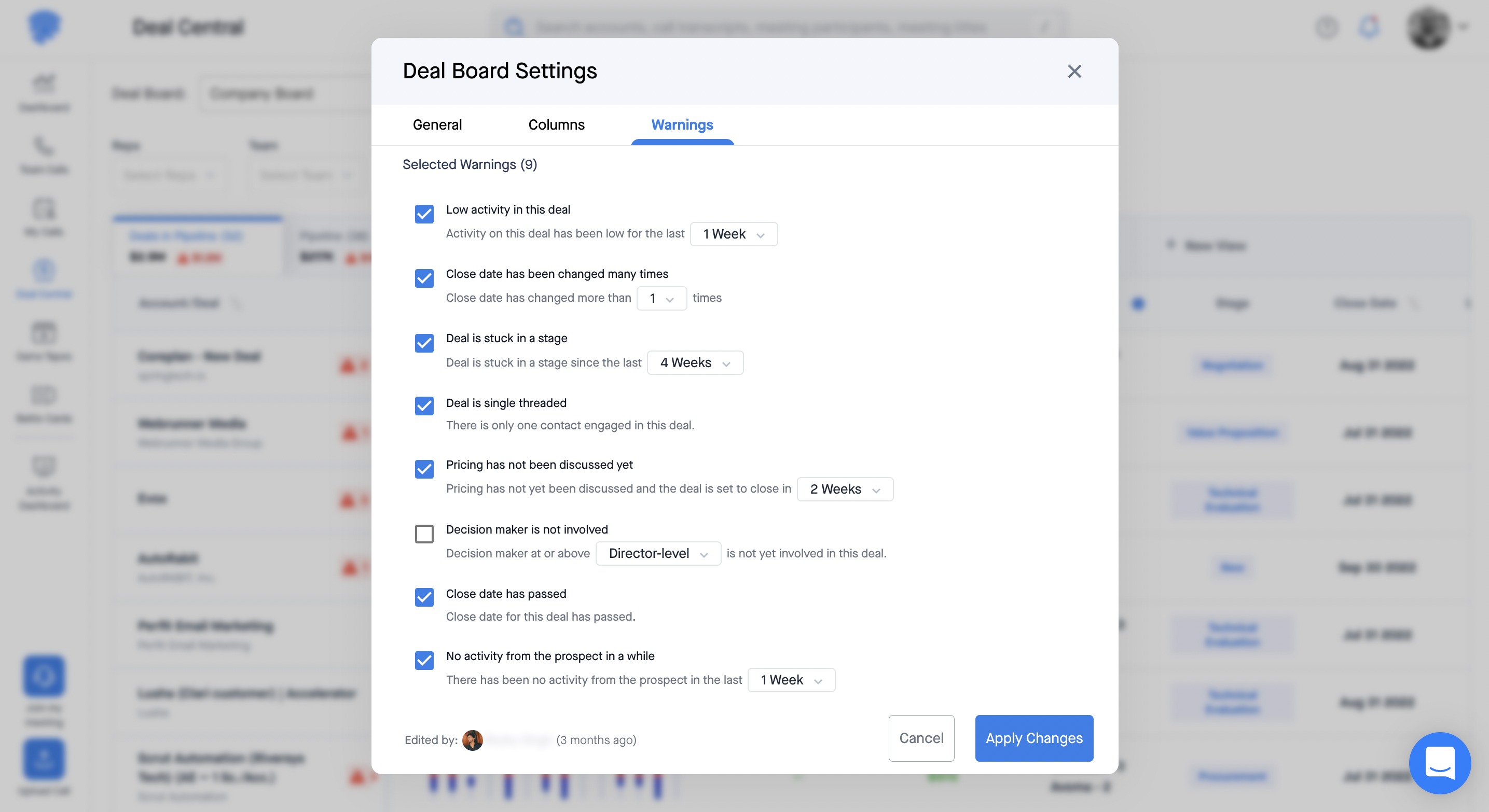 Note: If you choose to receive warnings when pricing has not been discussed, Wingman looks for discussions around pricing in your calls and emails.

Did this answer your question?